Immigration is not an emergency*. By Marco Minniti, President of the Med-Or Foundation. 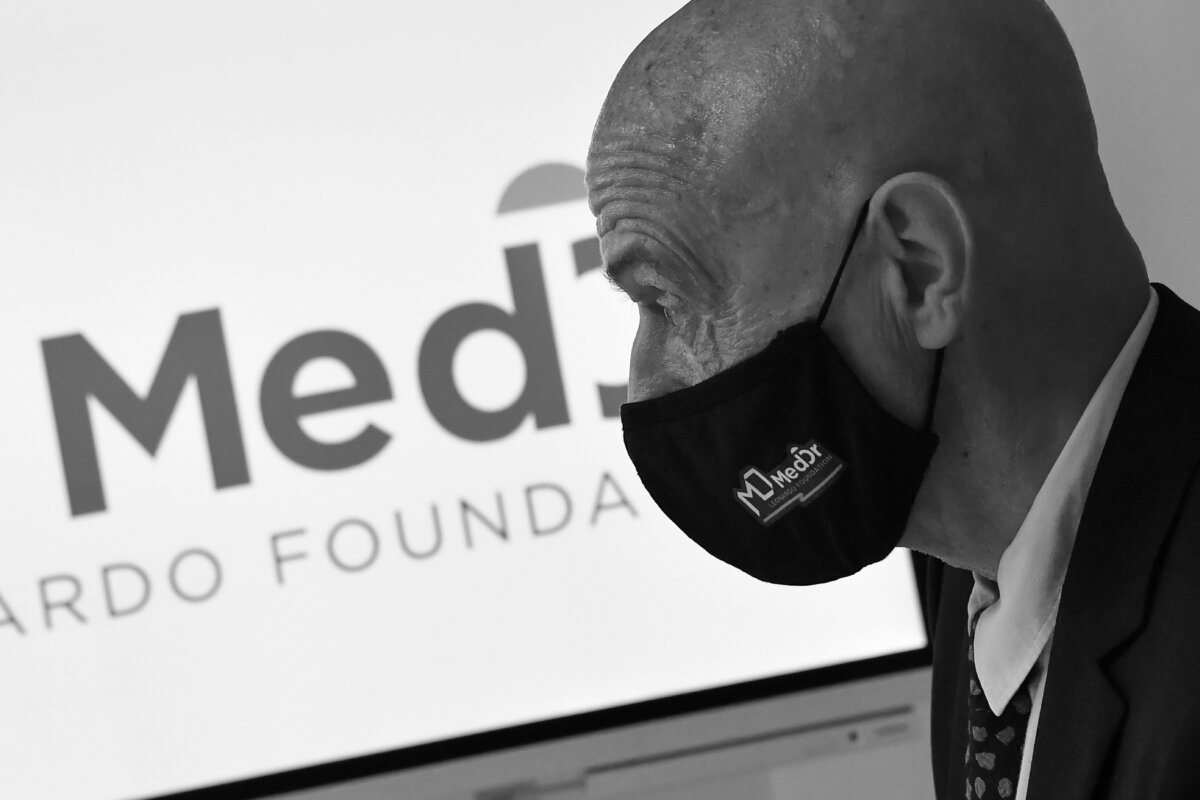 Let me begin by expressing my thanks to Mayor Nardella, for his invitation, and to the mayors of the Mediterranean and to the Conference of Bishops, for conceiving this wonderful initiative.

After all, we are talking about migration in this session, and we know perfectly well that mayors are on the frontline in managing the large migration flows to Italy, Europe and the Broader Mediterranean. They are called upon to manage an issue that is at the same time extremely sensitive and extraordinarily important for the balance of the planet.

Clearly, as we convene here to discuss as citizens of the world, we cannot ignore what is happening in Kiev, in Ukraine, in the heart of Europe.

There is something overwhelming about it: what is happening in Kiev and Ukraine is one of those things that change the course of world’s history.

We are now key players in these events. We may not realize it because it is happening right now. But one day in the future, once this has been written down in history books, it will represent a historical turning point. The outcome of these events will lay the foundations for the construction and the development of Europe and its relations with the broader Mediterranean, which is the topic we are here to discuss today.

For the past few days, I, as probably many of you, have been watching images of Kiev, Ukraine and President Zelensky launching dramatic messages on TV.

However, at some point, my eye fell on a very small piece of news from the Central Africa Republic, about a non-governmental organization that, at that time, was surrounded by Wagner Group contractors. One might ask, how is this connection possible? Well, it is possible. The connection between Europe and what is happening in North Africa, the Sahel and all the way to Central Africa lies, in fact, in Russia’s reaffirmation of its imperial approach.

Naturally, the first effect of a war is that hundreds of thousands of refugees leave the affected country. That two of our panellists, Antonio Vitorino and Filippo Grandi, had to leave our conference to join a United Nations meeting on the risk of a dramatic humanitarian crisis in the heart of Europe is a stark remainder of this.

Did you see the images of those long lines of people leaving Kiev - a large European capital? They looked like scenes from WWII.

Sure, at that time, there were fewer cars and you could see horses or ox-drawn carts, but the images were similar. Clearly, Europe, the world, the United Nations, cannot avoid taking charge of this humanitarian crisis and Grandi and Vitorino were right to leave us to attend that meeting, where operational decisions would be made.

If this is the scenario that holds Europe, and the Mediterranean, together we should not consider migration as an emergency.

Migrations are a structural element of our world. They have been there in the past and will continue to be there in the future. The movement of people is an essential element of life. In the future, the demographic difference among the world’s regions might create further problems. Europe has low or even negative demographic growth, while demographic growth rates in Africa, just across the Mediterranean, are tumultuous. This is a big issue that cannot be pushed away – it has to be manged.

Additionally, we have a further big issue: climate change. In 5, 10, 20 years from now, climate change could make some parts of the world uninhabitable for humans. We could see some portions of land submerged by water: a seismic shift for the world as we know it.

There is also a third factor - a positive one, this time: parts of the new generations already feel they are citizens of the world and no one can force them to be tied to one country. They are interconnected with the world.

If migration is not an emergency but, rather, a big structural issue, it needs structural – not emergency – policy responses. Therefore, we need to radically change our approach. Borrowing from the language of philosophy, we can say that we need a paradigm shift: this is not an emergency. And if it is not an emergency but a major structural issue, we must understand that actions taken by any individual country will not be sufficient to tackle it. If we look at the Broader Mediterranean, we must understand that action cannot be taken by Italy, or France, or Germany, or Poland: action should be taken by Europe. Because, in the face of a big structural problem, we need size, force, something that can bring into play human and economic resources, as well as vision.

The Mediterranean is the place where two continents, Europe and Africa, meet. I strongly believe that, in the coming years, the future of Europe will mostly play out in Africa. Africa will become the mirror of Europe. If Africa fares well, Europe will fare well and if Africa fares badly, then Europe will fare badly. There are no walls to build because walls are made to be pulled down. Should anyone think that we should – or can - defend ourselves from immigration by building walls, they are getting it all wrong, because walls eventually breed war. May what is happening in Kiev be a lesson for us all.

On the other hand, a large continent such as Europe cannot accept the idea that immigration could be used as a geopolitical weapon. Only a few months ago, in November 2021, a dramatic event occurred in the Białowieża Forest, with thousands of migrants being pushed from Belarus towards Poland. Clearly, the idea was to use migrants as a geopolitical weapon against Europe. And Europe left those migrants in the Białowieża Forest alone. That brought to light all of Europe’s fragility. Europe must now understand – and I’m saying this out loud – that it must equip itself with an immigration strategy and not just play catch-up with events.

In this context, Europe needs and immigration policy, based on three pillars. Firstly: Europe must adopt an adequately resourced investment plan in the countries of origin and transit of migration flows. To get a sense of the size of this investment plan, we need to consider that, in the last few years, Europe has invested 6 billion Euros in its relationship with Turkey. Would it be possible for Europe to allocate a similar amount to build a relationship with the countries of North and Central Africa and the Broader Mediterranean, aimed at stabilising their democracies, their social, economic and civil growth, as well as education and health security?

The difference between a Migration Compact on paper and what I am referring to is that funds must be made readily available and spent swiftly. Because, in these matters, time is of the essence.

First, when people escape from war, they must be brought to Europe by the large European democracies and not by human traffickers. This means building humanitarian corridors for those who are entitled to international protection. This would uphold the dignity, not only of individual human beings, but also of the international community itself. This is something that Europe should take charge of, together with the United Nations, and, in the case of Africa, the African Union. And it should begin with tackling what is actually a real emergency: the need to get migrants out of detention centres in Libya through humanitarian corridors.

Second: building legal channels for economic migration. This means having a “bilateral relationship” with the countries of origin and establishing agreed entry quotas, which are to be managed by embassies and not by human traffickers.

Building legal channels also means amending the legislation of several European Countries, including in Italy. It is clear that the current law Italy has to manage migration flows – which was passed 20 years ago, in a completely different context – is not sufficient to meet this challenge.

Humanitarian and legal channels must be established through the direct engagement of United Nations organizations. We have heard here about the extraordinary work that the IOM and UNHCR are doing. I would like to take this opportunity to thank them for everything they are doing. Nonetheless, these responsibilities should also be shared with European governments.

In Libya, I believe it is possible to transform migrant detention centres into migrant reception centres managed directly by the United Nations. When we put forward an economic investment plan to support a country like Libya, we need to be particularly demanding with respect to human rights. Technically speaking, this is called “demanding diplomacy”, which means: I am ready, I will accept the responsibility of lending you a hand, but I ask you to comply with the human rights standards that characterize the international community.

You may think that this scenario is extremely difficult to achieve. But there have been times in which all this “worked out”, including in very challenging and sensitive situations in North Africa.

Gathered here with us are the mayors of several Mediterranean cities, including capitals. As an Italian, please allow me to express my thanks to the cities of the Mediterranean for how they have been receiving the refugees who crossed our sea over these past few years. They did an extraordinary job, which is often not adequately acknowledged. Mayors cannot be left alone in this battle because they are at the forefront in the relationship with the people. I know perfectly well that when mayors tackle a problem, they are faced with what might appear as a devil’s dilemma, having to choose between the security of the community and humanitarian action. But this not a devil’s dilemma – or rather, it is not dilemma at all, because a self-respecting community would not allow anyone to pitch security and humanity against each other.

It is up to the international community, to Europe, to stop hatemongers from asking people to “trade their humanity for more security”. When a community is made to choose between security and humanity, it is on the brink of losing itself. And I know what it means for a mayor to be called upon to respond personally and directly to this challenge.

Finally, since we know that migration is not an emergency, it must be governed within the framework of growth and development in the Mediterranean.

Today, more than ever, the Mediterranean is called to become again what a great French historian like Fernand Braudel considered the centre of the world and, at the same time, a centre of civilization. In the future, the Mediterranean – the “Mare nostrum” – will become increasingly decisive for the stability, sustainable growth and security of the planet.