Was it Joe Biden who softened the long-promised US hard line against Narendra Modi’s India – or was it, as the Americans claim, the Indian Prime Minister who decided to put on the backburner his proclaimed hostility towards the new US President? It is hard not to ask ourselves this question as the US and Indian administrations are showing a strong willingness to resume dialogue and cooperate, in spite of tensions caused by the Indian government’s openly expressed negative reaction to the defeat of President Trump and rise to power of the Democrats.

But the winds of politics change, and nothing is impossible. As US election results still hung in the balance, Indian Foreign Minister Subrahmanyam Jaishankar, said: “In the Trump vision of the world, allies have disappointed America and competitors have cheated it. India is fortunate in being neither”. But between 24 and 28 May 2021, he was the first Indian official to visit Biden’s America to secure as much US medical aid as possible for his country, struggling under the strain of COVID-19.

To answer our opening question, we need to understand that this new phase of US-Indian relations is the result of three driving factors: the catastrophic failure of Modi's government in the fight against the COVID-19 pandemic and the consequent need for help from the US; the confirmation that, even under the new administration, China would remain the US’ main enemy; and the ability of the Indian diaspora in the US to put pressure on the government.

Let’s take a look at the latter.

An article published in the Indian Express on 7 May 2021 under the title 'How diaspora pushed US to help India’s Covid efforts' explained: “The US-India Strategic Partnership Forum is helping with 12 ISO containers for the transport of oxygen to India. The US-India Business Council has appealed to its members to offer assistance. On April 27, Secretary of State Antony Blinken convened a Zoom meeting of business leaders. An Indian participant reported that a massive effort and dollars have been invested in supplying assistance urgently. It is easy to see behind America’s turn round the benign hand of the Indian diaspora backed by friendly American public figure and proactive diplomacy by India. Pramila Jayapal, the Congresswoman who riled the Modi government for her criticism of the human rights, raised her voice stressing that it was both the right and necessary thing to assist India”.

A few days later, Joe Wilson, a long-standing Member of Congress from South Carolina, launched an appeal along the same lines: “As member of the House Caucus on India and Indian-Americans and a friend of India...I am grateful for the friendship of the Indian-American International Chamber of Commerce, led by CEO and President KV Kumar. In response to the ongoing crisis in India, the IAICC has established a special working group with Dr. Narasimhulu Neelagaru as Chairman in coordination with Ambassador Taranjit Singh Sandhu and Consul Generals of India to assist India in overcoming this phase of the pandemic”.

While analysts may have disregarded or underestimated its political weight, the almost 5-million-strong Indian diaspora has played a key role in convincing the Biden administration to lift the ban on the export of medical supplies established in the US Defense Production Act (DPA).

This move was welcomed by the Indian Government with great satisfaction. Rudra Chaudhurj, Director of the Carnegie India Foundation, explains in his article To Help India, Biden Must Unclog the Vaccine Supply Chains: “This is an excellent news…it would ease the vaccine supply chain for manufacturers based in India. The considerable efforts of Indian ministers and officials, members of US Congress, the Indian American diaspora and other civil society actors appeared to have been successful. Yet so far, the payoff has yet to be realized”.

Two events gave impetus to this shift in US-India relations, enabling the two counties to go well beyond a simple, polite resumption dialogue between long-standing opponents.

First, there was the face-to-face meeting between Biden and Modi in March 2021, during the summit of the Quadrilateral Security Dialogue – a four-member group comprising the United States, Australia, India, and Japan.

This was followed by a long telephone call between the two heads of state on 26 April. Thanking Biden for lifting the US Defense Production Act, the Indian Prime Minister “underscored the importance of smooth and efficient supply chains of vaccine raw materials and medicines”.

These significant events were the result – and proof – of Biden’s political nous. Modi had been brought to his knees by his administration’s inefficiency in fighting COVID-19, and the stability of his long, undisputed leadership was under threat. However, Biden decided not to go for the jugular but to offer a helping hand instead. This, in turn, created, if not a friendship, a cooperative climate between the two governments. Willingness to cooperate is an indispensable precondition in international relations – even more so in delicate and complex cases such as the relationship between the two countries considered to be the world’s richest and most populous democracy respectively.

In his essay ‘Well Begun is Half Done?’, Ashley J. Tellis of the Carnegie Endowment for International Peace notes: “The Quad’s support for India’s pharmaceutical industry to help manufacture vaccines for global distribution and Biden’s decision to avoid demanding that India quickly commit to net-zero emissions have transformed potentially prickly transnational challenges into new opportunities for cooperation”.

According to his analysis, the real turning point in India-US relations – which led to a more solid and long-perspective rapprochement than the significant, but temporary, one brought about by the COVID 19 health emergency – was due to the fact that “New Delhi has been reassured by Biden administration’s persistence with the tough-minded approach toward China…As a result, India’s lurking fears that Washington might return to colluding with Beijing – the source of many unhappy memories in New Delhi – have been alleviated….the Biden administration’s efforts conveyed two striking signals: First, that Washington recognizes that traditional business-first approach to China no longer serves its strategic interests; Second, that Washington is serious about pursuing coalition-based strategies to constraint China, strategies in which India will play a prominent role…The way Biden resisted prioritizing Pakistan in this process also augurs well for continued US-India cooperation”.

All is well then? Not quite. The detente process, which will not be short, between Democrat Biden and nationalist Modi is just the beginning of a path fraught with all sorts of problems and pitfalls.

American civil society and Congress are frowning on this rapprochement as they oppose the ferocious sectarianism Modi and his party are openly professing and encouraging. Spreading fast through the country, this represents a risk for Indian democracy. It won’t be easy for Biden to keep at bay this internal opposition in months to come.

At the same time, large sectors of Indian society have historically nurtured radical – albeit momentarily silent – anti-American sentiments. Worryingly, these are shared by many militants and leaders of the ruling Bharatiya Janata Party, who oppose the rapprochement and are trying to hinder it in any way possible. They are buying time, in the hope that a possible Democrat defeat in next year’s US mid-term elections will strengthen their position and allow them to turn the tables again. 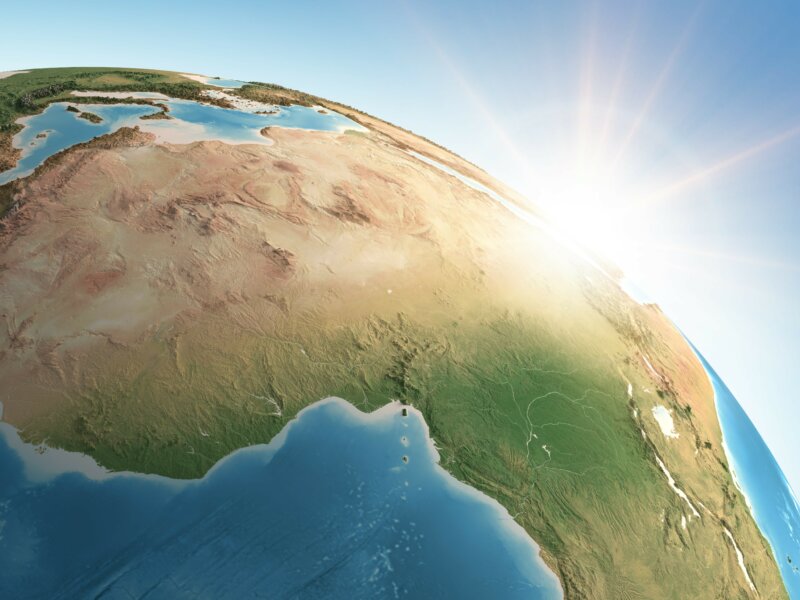 A dance of dragons and lions

Investment, infrastructure and soft power: China’s strategy in the Maghreb and its repercussions on the Mediterranean 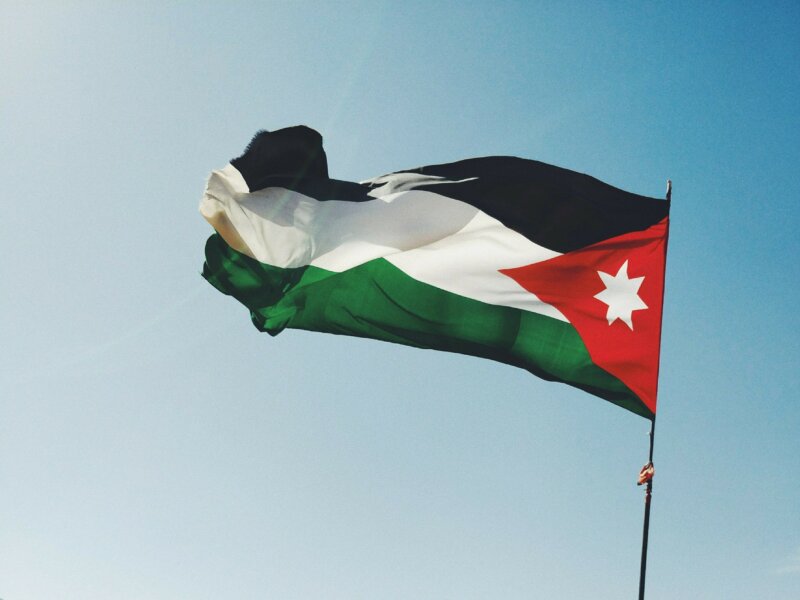 Despite the difficulties caused by the pandemic, king Abdullah is showing all of his diplomatic abilities. The renewed good relations with the US and with several other states across the region could make Jordan a valuable mediator in the MENA region. 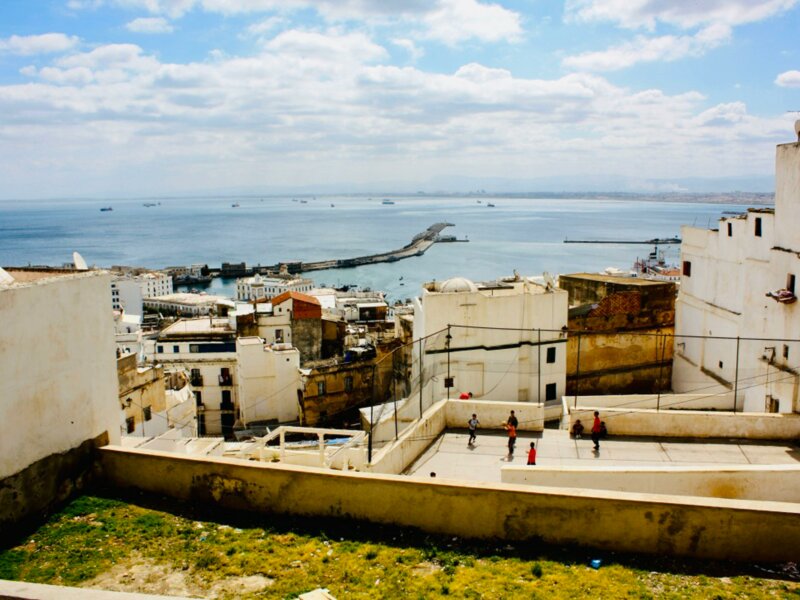